About Plastic Pollution To Waterways

For years, people have been hearing about the pollution taking place in the oceans. More and more plastic and other debris enter the oceans and waterways where they pollute the water. The polluted water creates an unhealthy environment for fish and all other types of wildlife that count directly on the ocean to be their home, as well as their hunting grounds. Not only does trash that makes its way in the waterways pollute the water by putting chemicals and other bad liquids in the water, but the plastics also pose other types of risks to the wildlife. For example, the plastic 6-pack soda can holders often get wrapped around the neck or other parts of an animal and lead to serious injury or future deformities. For example, a turtle got tangled in a 6-pack soda can holder and the turtle's shell had no other option but to grow around the plastic piece, causing the turtle to be permanently deformed.

Most common types of items collected from waterways

Nine out of ten of the most collected items were in the plastics category. Some examples of some of the more collected items include plastic bottles, plastic bottle caps, plastic wrappers, plastic bags, and plastic straws. If you were to look at the numbers for just straws alone, it becomes clear how much people are polluting the waterways. Some scientists have estimated that there are around 7.5 million plastic straws that are polluting the shorelines of the US alone. It is also estimated that there are possibly as many as 8.3 billion on the shorelines worldwide.

Recent changes to decrease this waterway and ocean pollution

Many states, businesses, and organizations are taking steps on their own to cut down on their contribution to those numbers. California has put a law in place in which grocery stores are no longer allowed to give out plastic bags to their customers. If a customer wants plastic bags, they have to pay for them. Plus, the plastic bags are made from recyclable material and they are designed to be reusable. This law was followed by a law requiring servers to only give plastic straws to patrons if they specifically ask for a straw. Starbucks currently has a plan in place which will lead to the company cutting out plastic straws altogether by 2020.

Steps are being taken to not only remove debris from oceans and waterways but also to use the plastics for something useful. Some companies are now using the recycled material when manufacturing synthetic clothing and even footwear and also when making frames for glasses. Also, some companies are finding alternative ways to cut down on plastic usage. For example, there are now 6-pack can holders being made that are edible. While it may not sound too tasty to eat the holder after many people have touched it along the way, the fact that it is edible means animals would be able to digest it without serious health issues and that it is also biodegradable.

Learn more about marine-recovered ocean plastic material and how you can avoid plastic pollution from various companies near you. 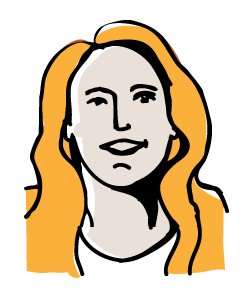 When it comes to handling yourself in business, things are easier said than done. It can be hard to keep your cool, especially when you are concerned about keeping your employees on task and protecting your bottom line. I wanted to start a blog about business to give myself somewhere to collect my thoughts, and it was really incredible to see what I could do to make things right. This blog is all about creating a stronger, more sustainable business long term, and being able to ward off common business problems. Check out these posts for great information that can help you to live a better life.